Having participated in a few #IronViz contests before, I was thrilled to learn there would be a European version of the contest as of this year. As always, I was unsure what the theme of my viz would be at first. My inspiration, this time, came from my girlfriend Leen, who suggested the theme of the Eurovision Song Contest. Not a bad idea! In fact, I can't think of many things that are more European than Eurovision (even though we have countries from Oceania. Africa and Asia participating as well now...)

The result can be viewed here!

The process of gathering the data was quite tedious, but fortunately some websites like ESC Stats and the Eurovision Song Contest Database have performed some of that work beforehand. In the end, we have about 70K records of points having been awarded from country to country, for almost 1500 songs! There was quite a bit of cleaning to be performed, mostly about varying country names and accented characters. Then, combined with the extra information for each year (host location, video URLs, etc.), we have our data set.

There are interesting insights to be obtained when looking at the voting behaviour of countries, especially in regard to their neighbouring countries. It's no secret that most countries usually vote for other countries with which they have a good relationship (well, what would you do?), and this is confirmed by the data. You can use the bottom part of the viz to learn more about this!

The top part is more about checking the results over the years. Use that to explore the winners and rankings, as well as watch/listen to the winning entries! 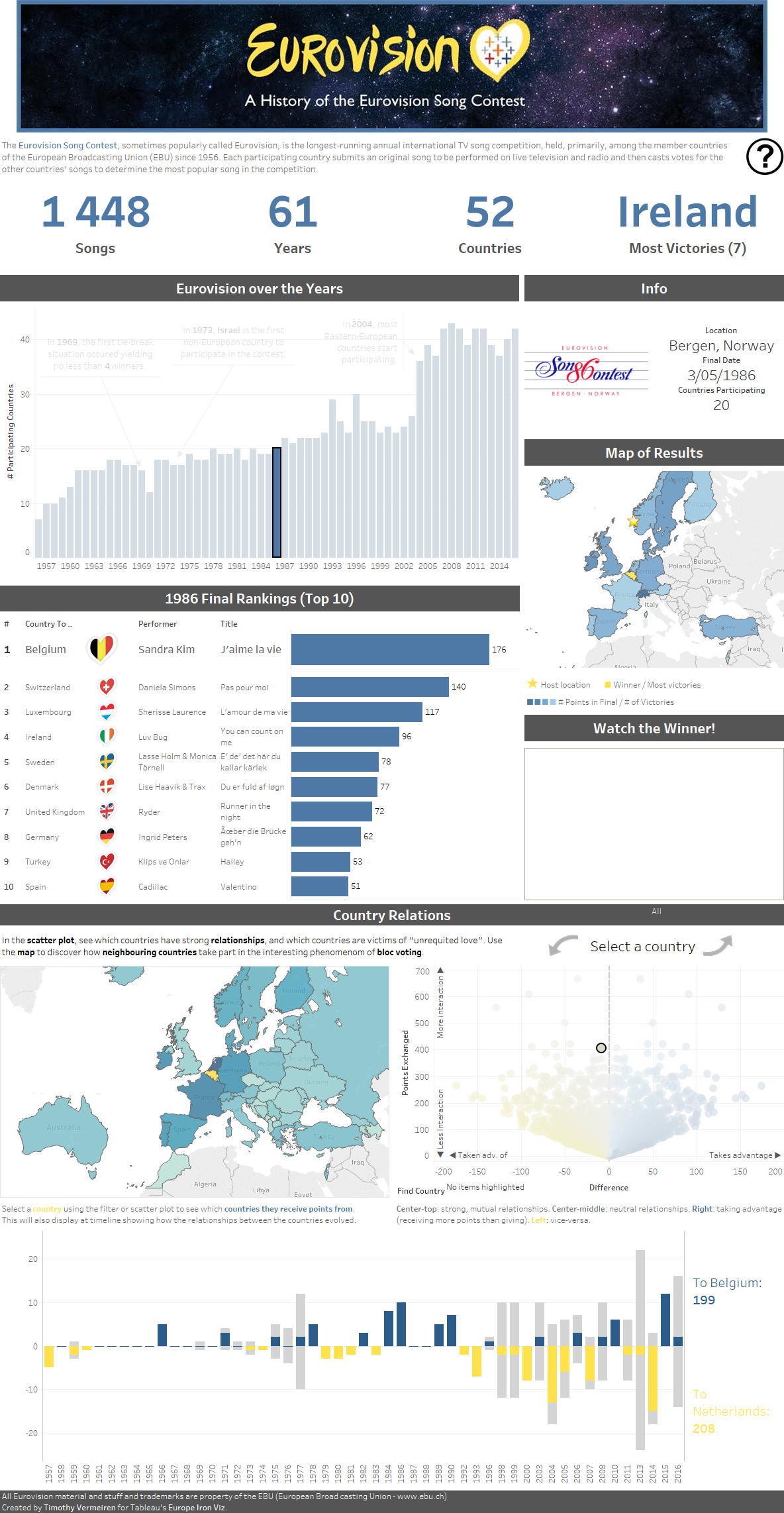 Want to learn how we can help? Get in touch here.