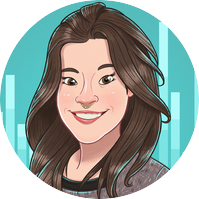 Even those of us who are not math nerds can celebrate March 14, also known as Pi Day.

Pi is a number, unlike the ordinary numbers we see every day. It’s a small number, bigger than three but smaller than four. It’s a number that doesn’t have an end—if you started writing down pi, you would eventually run out of all the paper we have in the world and you still wouldn’t be able to write it all down.

To celebrate the magical number Pi our colleague Agnese Giacomello created a wonderful interactive infographic in Tableau, filled with insights about the number, together with fun facts. 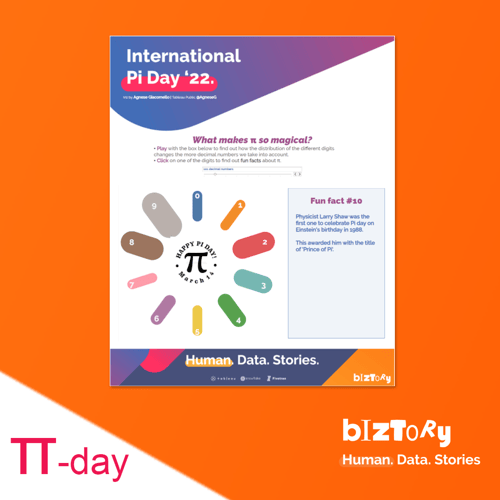 Click here or on the image above to discover the full infographic.

Pi is also a number that invites puns, especially when it’s Pi Day. Maybe a non-pun joke or two sneaks in, if you’re lucky, but it’s mostly puns—and we collected a few of them.