Your first steps with Tableau Server in a Docker container 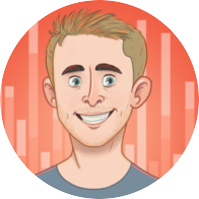 To some people, “containerization of Tableau Server” will sound rather eerie and unfamiliar. For others, it’s like the gates to a new world were just opened. Tableau Server is over a decade old, and its long track record of enabling analytics has seen it grow into a monolithic, rather bulky web application.

When talking about containerization, we are talking about more than a feature. A team has been working on this for years, and what they are doing is effectively redefining Tableau Server’s very core, and redesigning its foundations as a web application. If the concept of containerization of applications is new to you, you might want to take 5 minutes to view this video. It explains how Docker, which is software enabling you to run applications as containers, implements these concepts.

So how does Tableau Server benefit from applying these concepts? Well, it benefits from the general principles of containerization, including the streamlined development and deployment process, as well as containers’ typical consistency, portability and isolation.

But aside from that, this is also the first step towards the ability to truly auto-scale Tableau Server with e.g. Kubernetes. In short, the idea is that Tableau Server can be scaled up or down (adding Backgrounders, workers with VizQL server processes, etc.) completely independently and based on workload.

If you want to learn more about the journey towards containerizing Tableau Server, you might want to read Bernhard Damberger’s blog post celebrating the release of Tableau 2021.2 and this specific capability. Bernhard is the Product Manager for the development of the containerized “version” of Tableau Server.

At Biztory, we like to be prepared for anything our clients may require from us. Our crystal ball indicates that within the next few months and years, a certain number of companies using Tableau will migrate to using Tableau Server in a container, rather than the classic deployment method.

Well, yes, we have no idea how many. But we do like to get our hands dirty, we like to play with new toys, and we like to be prepared! So here are our learnings from having migrated our own production Tableau Server to a container, and running it as such.

Understanding Tableau Server in a Container

The challenge with this undertaking is that it requires a relatively deep understanding of two topics which are, as you would expect: Docker (containers) and Tableau Server. Few are the people who are very proficient in both. Here at Biztory, we’re really good at Tableau Server. And we understand Docker, so that’s a start.

Whether you are an experienced container deployer or a seasoned Tableau Server administrator, we think that you might benefit from hearing our story and what we’ve learned in the process. We found that the very first public version of the documentation that was just released requires quite some time to read and grasp. Moreover, as it is currently a single article with all contents spread out, it can be challenging to find exactly what is relevant to you.

Hence, here is the cut down version of the process followed. The process where we wanted to …

Migrate a single-node Tableau Server environment to a container

The gist of the process is that it takes place in two parts: building the container, and running the container. This applies to containerized applications in general, and in this case here is the breakdown of which Tableau configuration or action goes where:

We build, i.e. we create the image we’ll later run. What happens in this step?

In our case, we’ve made use of the usual procedure that relies on the build-image tool provided by Tableau, which in the end looked like this:

Ha, wait, there is nothing special about this! We’re just pointing to the installer and specifying an image name, as instructed. That’s true, but here’s what is interesting about this step. In the customer-files directory, we’ve added a few things we’ll use later on:

# The only way we figured out we could configure SSL for now.

The above lines are effectively executed once Tableau Server is initialized, causing it to restart a final time to apply the configuration items listed and thus setting up SSL and SAML.

We take the image we’ve built, and we run it in a container with a specific configuration. In this step, we will be:

At this point, the instructions make it seem like this is a piece of cake. Now, we won’t pretend this is a super difficult task. However, we ran into a few things we’d like to share with you that might save you a deployment or two for your container!

The title says “common” mistakes, but really these are the mistakes we made and that we think others might benefit from avoiding. Anyway, here it all is, in a list for your convenience.

Empower your organization with intuitive analytics

Tableau is designed to put the user first because data analysis should be about asking questions and not about learning software. With built-in visual best practices, Tableau enables limitless visual data exploration without interrupting the flow of analysis.

As the market-leading choice for modern business intelligence, the Tableau platform is known for taking any kind of data from almost any system and turning it into actionable insights with speed and ease. It’s as simple as dragging and dropping.

We are a full-stack provider and integrator, relying on extensive experience and best practices to find your unique optimal set-up allowing you to tell the data stories you are eager to tell.